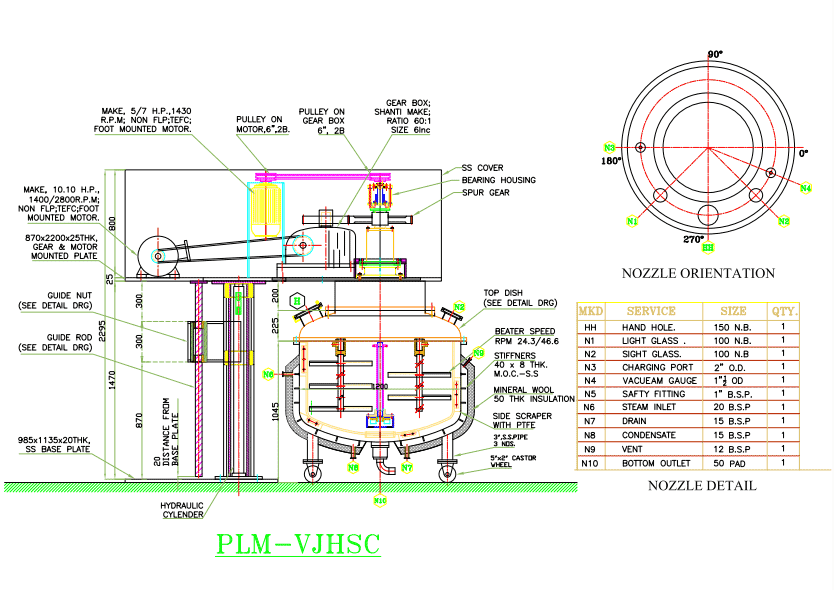 Italco Pharma is engaged in the manufacturing of Planetary Mixer.
Planetary mixer is a device generally used for mixing various ingredients like paste, adhesive, granulation and many more products covering the range from medium to high viscosity to develop a correct mixture which is cluster free, smooth, and paste-like texture in consistency. Planetary Mixers performs based on the principle of shear that advances between the rotating blade and the stationary wall. The blade is also used in minimizing the size. The planetary blades revolves on their axis while they move around the centre of the mixing bowl which ascertain the complete and effective mixing

Application & Process of Planetary Mixer :
Planetary Mixer is most suitable for mixing of wet/dry powder substances. The Planetary Mixer has an equivalent mixing action like emulsions and semisolid which combines mixing, heating, vacuuming, cooling, and uniforming the functions into single machine This process considerably reduces the time cycle.

The mixing system of Planetary Mixer is a blending of planetary- rotating paddle agitator. Anchor type agitator having cross baffles revolves in anti-clockwise direction with planetary motion in there axis. On the other hand, the paddle rotates in clockwise direction with planetary action, creating a disruption in the normally circular flow pattern and dampen vortex formation. The planetary action and mixing blade have double speed. Moreover, Use of adjustable scrapers are made to prevent the build-up of a stagnant film between the agitator and the vessel, and make certain that the heat is efficiently transferred to the product during heating and cooling process. The rapidity of the agitator and the counter paddle can be differed.